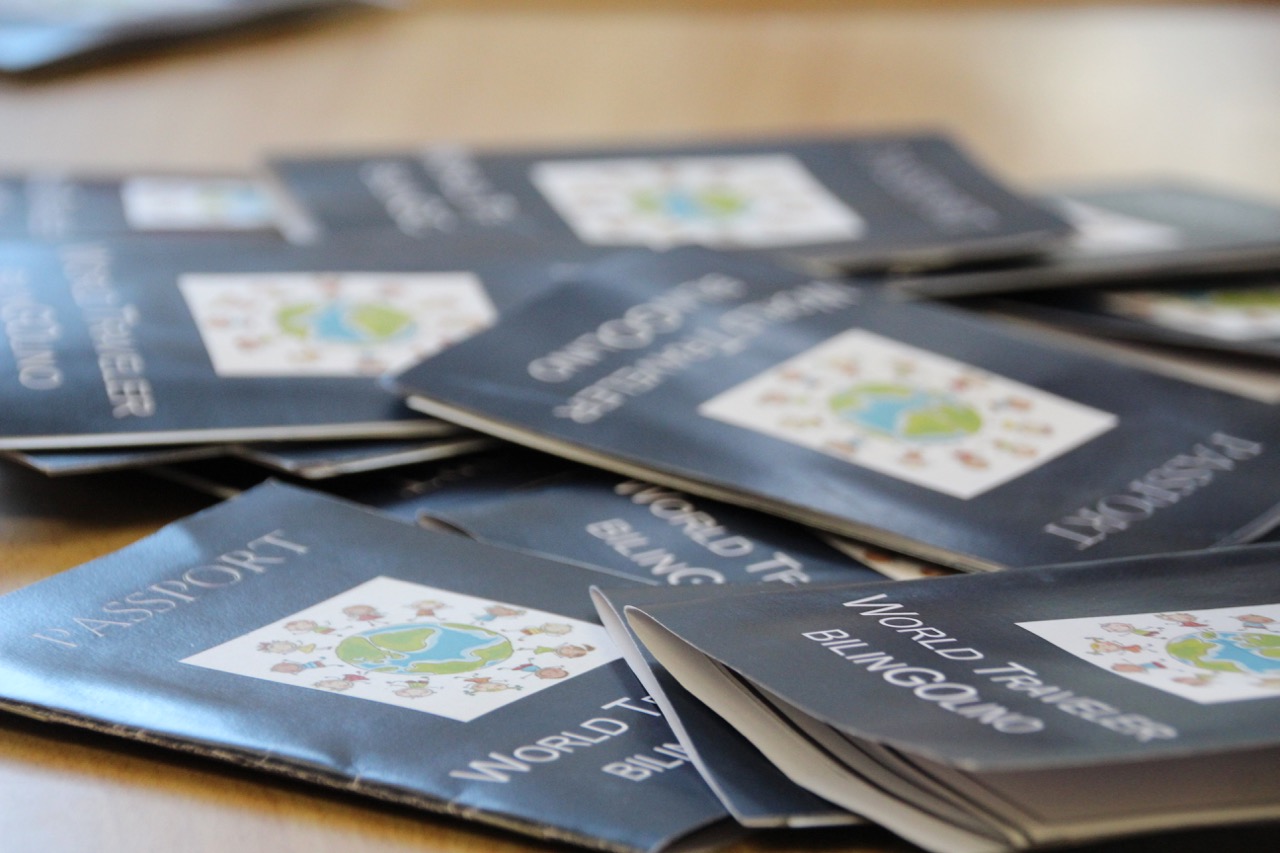 Our International Week was again a total success!

Every year we look forward to learning about the countries and cultures from which the other BilinGOlinos come.
Our parents have of course once again played an active role and presented the countries to us in a variety of ways. Whether film, play, puppet theatre, baked goods, songs, dances, books or games – it was never boring, because every country performance was something very special. A big thank you goes to the parents for such a great help in the organization of our international week.

For every new country the children learned about, there was a stamp in the children’s homemade passport. At the end of the week the children could take it home as a souvenir.
The final show at the end of the week was also a complete success. The children presented songs and dances from different countries and showed the parents what they learned during the week. Of course there was also an international buffet for parents and children and many delicious treats could be tasted. It is always nice to see that learning can be so much fun!